So, for today’s look to demonstrate that school corporal punishment is alive and well, we will take a peek at Castleberry High School in Texas.  This school did not allow corporal punishment until 2011, in which they not only instituted it, but at the same time, removed in school suspension as a means of discipline.  The chart below shows how often corporal punishment was used the very first year that is was allowed in the school.  This chart comes from the US department of education for the 2011/12 school year and I will take a moment to explain that statistics you see here.

–        The search is for “corporal punishment, students, without disabilities”

–        “Enrollment w/o disabilities (district)” shows the total number of students in all of the schools in the district- 3,407 total students.

–        “Students in category (district)” refers to how many total students were paddled at all of the schools in the district combined- 877 total students paddled.

When looking at this chart it is important to remember that these figures are based on how many students were paddled, not how many paddlings were administered.  This means that 86.7% of the male students and 82.2% of the female student population were paddled AT LEAST once that year.  The average school year, in most districts, is 180 days.  This means at the very least, there are an average of a little more than 4 paddlings administered a day, with more than half being administered to females.

While we do not have the statistics of how many actual paddlings were administered, only how many students were paddled, we would have to guess that this number has to be much larger.  In a school where around 85% of all students are paddled, you would have to assume that many of them were paddled on many occasions.  I would think it is safe to assume that the 4 paddlings a day is a very low number, as most students do not get in trouble only a single time in a school year.  It seems that school corporal punishment is the PRIMARY form of discipline at this school, so it is not hard to believe that this number could be closer to 10-12 paddlings a day.

So if you think that school corporal punishment is slowing dying around this country, take a look at the chart below, and think again. 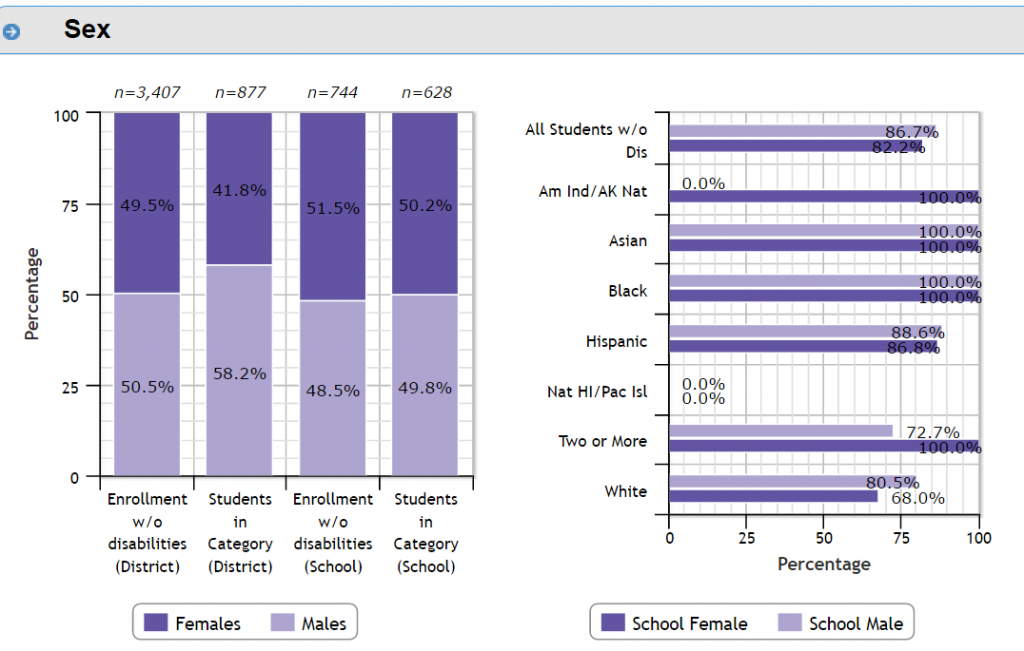